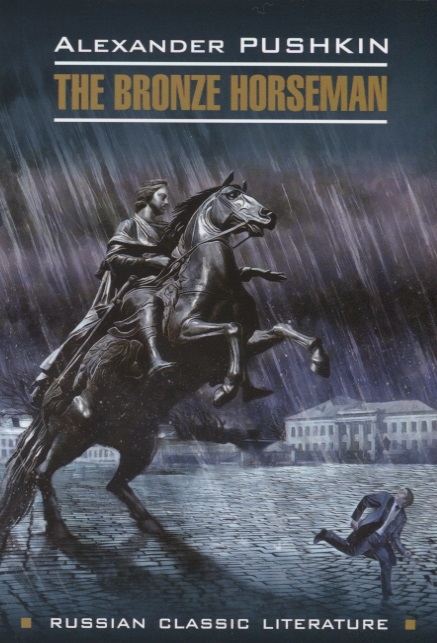 Among the most famous works by the great Russian poet Alexander Pushkin (1799-1837) are his narrative poems. The book we offer to attention of our readers contains three of them - The Bronze Horseman, Ruslan and Ludmila, and The Bakchesarian Fountain.

Ruslan and Ludmila (published in 1820) is an epic fairy tale inspired by bylinas - the ancient Russian epic poems. It tells the story of Ludmila, the daughter of Prince Vladimir of Kiev, who had been abducted by an evil wizard and of the brave knight Ruslan who tried to find and rescue her.

Pushkin wrote The Bakchesarian Fountain: A Tale of the Tauride (published in 1824) after having visited the Fountain of Tears at the Khan Palace in Bakhchisaray in 1820. There he heard the legend of the 18th century telling that the famous fountain was placed by Khan Giray in honour of the Polish Princess whom he loved and whom Khan's concubine was jealous of.